I’ve wanted to take the time and address some upcoming conflicts that have been created due to the district guidelines regarding COVID-19. Dr. White announced last night that our schools will be closed until April 6th but this could be adjusted to several different scenarios. I will try to address some basic things that we will need to adjust with our band calendar as some things have already been changed.

All other events on the calendar are to be held as scheduled until we receive future guidance from the District and Local Health Officials.

Find some time in the extra weeks off to practice your instrument and stay fresh on your concert music. If you were planning to perform at solo and ensemble, you should still prepare for the possibility of performing at State. There will also be opportunities to perform at the end-of-the-year Awards Concert.

Additionally, we have decided to change the format to the annual Awards Concert this year. Instead of doing awards during the concert, the students will perform and then students and families are invited to the BVSW Commons for the Senior Board Displays and Awards Reception following the concert. This change should allow the directors and students to focus on performance then celebrate the students with their families while enjoying student videos and a final view of the 2019 marching production. All students and families that have participated in the BVSW band and color guard program this year are invited to attend.

That is all the news I have for now. Please watch CANVAS and your email for updates regarding end of the year band functions, 2020 Percussion Auditions, and 20-21 Marching band Meetings.

We will update everyone with any adjustments as soon as they are arranged. Thank you for your support! 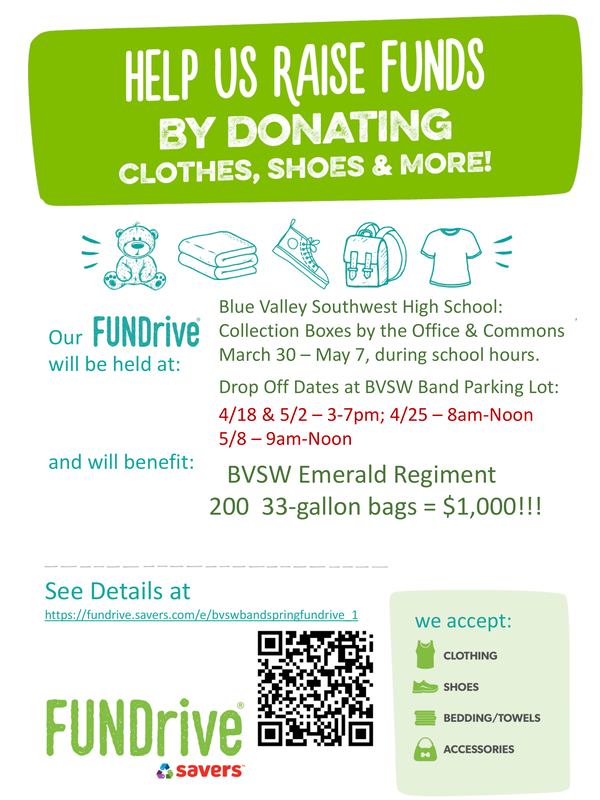